Chieveley 'must read' book re-released in time for Christmas

Long time Chieveley resident Bill Martin has re-released his popular and much-loved book about life in Chieveley over the years.  It's become a 'must read' for anyone from Chieveley - past or present. It is nostalgic, hilarious and of enormous historical interest in equal measure.

A story of Chieveley, its school, shops, farms, public houses and sporting venues. The changes that have taken place since the early 1930s, particularly the impact of WW2 on village life and many anecdotes relating to interesting village characters.

Copies  can be reserved with Bill or Jill on martinbnj@btinternet.com and will cost approx. £10

Here are a few extracts  to whet the appetite.

The ‘Band of Hope’ - the Chieveley branch was formed in the early years of the war to encourage youngsters to sign a pledge to refrain from the temptations and evils of drink. I have wondered how many stayed loyal. I myself was a backslider as my promises came to nought!

During the summer we also arranged evening picnics, this was a mixed affair for boys and girls, we’d build a fire and cook sausages to be eaten with chunks of Shepherds Bakery bread. On one such occasion the fire got rather out of hand, so while the girls retreated to a safe distance, we boys brought it under control through ‘natural' methods! Sadly, that was the last of these excursions!

Chieveley Primary School - Turning into School Road, immediately on the left was the fir plantation that was planted immediately after the war. Opposite is now the entrance to Sowbury Park, built in the 1970s, on what was the New Farm. New farm consisted of a large thatched barn and several outbuildings, including a brick built piggery.

Sowbury path was used by children going to and from Chieveley Primary School as very few had bicycles and there was no bus service, nor parents with cars, so many children walked two or three miles each way just to get to school.

Chieveley Cricket Club once played at Priors Court, but we lost the ground to the school, so we moved to the paddock at Sowbury Park. Much work was carried out on this piece of land and a pitch of a very high standard was attained and used for several years.

CCC were playing on the ground opposite the school and Bonar Cobb, who lived in the Round House, was batting at the village end. He had little or no hair and in ducking to avoid a fast delivery he was hit on the top of his head. The ball was travelling at some speed and came off the top of his head and landed beyond the long leg boundary. This is the only time I have ever witnessed six leg-byes being scored in any fashion, let alone off the batman’s head!

Chieveley Tennis Club - With the coming of the recreational centre to the village a tennis club was formed, and two hard courts were laid. Up until this time only a few privately owned grass courts were in being. There were several good players - Wally Shepherd and Leon Webber, Jack McDonald from Radnall Farm, Bonar Cobb and a few others. A wooden pavilion was also built adjacent to the courts.

Public Houses - If a lady should enter a public house, and very few did, their drink would often be port and lemon, or possible the more adventurous would choose a gin and orange. Beer in those days cost only a few pence per pint. Very few offered food, apart from crisps or a sandwich. Licensing hours were strictly adhered to and many a public house patron beat a hasty retreat by the way of the rear entrance when the local 'Bobby’ entered the front door at closing time! 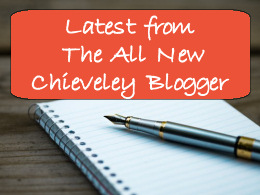