We are the Chieveley branch of The Women's Institute and are the longest running village organisation. We celebrated our 100th birthday in 2020.

Where and when we meet

We meet on the second Thursday of every month in Chieveley Village Hall where we enjoy an interesting programme of talks and also take time to socialise. In addition we have other activities and trips from time to time ranging from picnics, theatre visits, walks and more besides.

Where possible we support village events, if only to make cups of tea.

Do we still bake cakes? (and other old stereotypes)

Yes of course we do, and we make jam, and we are involved in all the other home economics and craft activities most people associate with the W.I. However, the W.I. as a national organisation does much more than that.

Did You Know - the W.I. is the largest women's organisation in the UK with over 200,000 members

Did You Know - the first W.I. in the UK was set up in Llanfairpwyll in Anglesey, Wales in 1915.

Did You Know the W.I. campaigns nationally on many issues such as;

Did You Know the W.I. has its own training college in Denman, Marcham, Oxfordshire where it runs hundreds of day and residential courses - cookery, crafts, self-development, music, literature and languages are among the many topics covered. The college is open to non-members.

Did You Know the W.I. is now active on Facebook and Twitter and sells many books on Amazon.

History of the W.I.

The W.I. was formed in 1915 to revitalise rural communities and encourage women to become more involved in producing food during the First World War. Since then the organisation's aims have broadened and the W.I. is now the largest voluntary women's organisation in the UK.

The W.I. plays a unique role in providing women with educational opportunities and the chance to build new skills, to take part in a wide variety of activities and to campaign on issues that matter to them and their communities. The W.I. celebrated its centenary in 2015 with over 212,000 members in approximately 6,600 institutes.

The Women's Institute - a lot more than just cakes and jam! 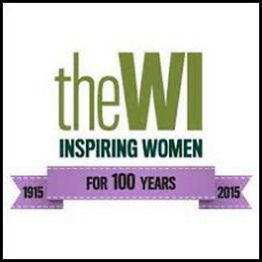 Other activities organised for members and friends include;